Grimlore (Beta) has been released! All backers interested by this release have received a link on DriveThruRPG for the English release. Also, you can now buy Creature Codex in English on DriveThruRPG if you have not backed the campaign.

Let us know if you like it, it is very important for us! These are difficult times, nut we do believe RPGs can keep us together so stay with us!

In rare cases, some souls escape the lands of the dead with partial memories intact; occasional flashes of déjà vu, recurring dreams, familiar faces—all of these experiences reflect the flaws in a process that has only worsened as the inexorable approach of the Demon Lord destabilizes reality, thinning the boundaries between the world and the Void.

Further, given the choice between madness, oblivion, or suffering due to the cleansing effects of the deathly realms, some souls somehow refuse to move on. These souls have enough hatred, rage, love, or other strong emotion to stave off the forces working against the pull of the deathly realms, enabling them to remain on Urth. But this is not life: it is an eternal existence trapped between life and death that offers little reprieve from suffering, and the slow dawning horror of it invariably breaks the mind of these souls, bending them toward evil.

This book offers variants of classic monsters for each category of unliving. Use them in your adventures and as a source of inspiration to create your own variants. Stories, backgrounds, and descriptions provided will give you many narrative ideas to add the monster to your campaign and modify the game world with new and interesting elements.

In Grimlore you will find:

• Ten monster sections focused on spirits and undead of Urth.

• In-depth details to use during your adventures, and new rules.

This officially licensed manual adds new creatures and monsters to your Shadow of the Demon Lord campaign. With a lot of tips for all GMs, like encounters suggestions, dark places to visit and regular ones that add new enchanted objects, relics, or ideas, this supplement can enhance your adventures with a lot of new material.

We also updated the Creature Codex with minor errata you found. Thanks a lot for your great support! Now we are ready to open the print edition. The global pandemic situation and Brexit have some consequences on the printing process and there are some difficulties. We hope to receive the proofs soon so we can open the print for the end of January. 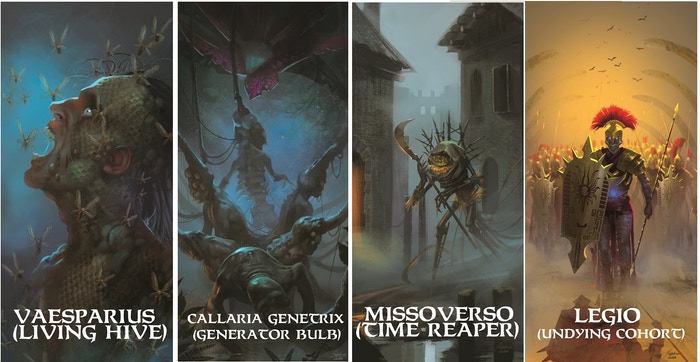